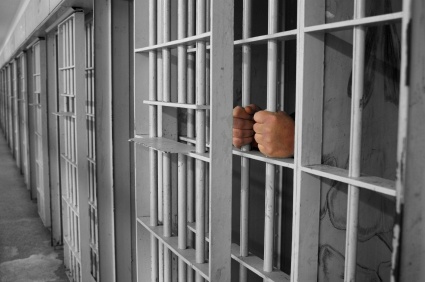 The COVID-19 outbreak has taken a huge toll on prisons, jails, and the bail bond industry like that of Atomic Bail Bonds in Connecticut, as well. The situation has added fire to a decades-long debate on one of the biggest causes of jail overpopulation. This system accounts for a $2 billion industry in the U.S. That system is ‘cash bail’.

Well over 20,000 U.S. prisoners so far have tested positive for COVID-19. To reduce the density of inmates and curb the spread of the virus, correctional facilities nationwide released more than 16,000 people from incarceration throughout the pandemic.

Of the 631,000 people held in US jails, 74% have not been convicted of a crime. Many are incarcerated before their trial because they cannot afford to pay cash bail, whether out of their own pocket or through a bail bondsman.

As a result of the pandemic, bail bond companies have had to lay off their entire staff because there are no bonds to post.

Business is way down, as most of the criminal justice system is shut down right now, and this includes bail agents. Some agents have posted less than 10% of the bonds they normally would have posted according to industry reports.

The bail reform conversation has lately been centered on who’s dangerous enough to need to be detained when it’s really about public safety.

What are the Stats?

About 2.3 million people are incarcerated in the US. That is the world’s largest prison population in any country by far. People not found guilty of a crime accounted for 95% of jail population growth from 2000 to 2014.

In contrast to the way New York went about things, California passed an emergency bill setting bail at zero dollars for misdemeanors and low-level felonies and postponing trials that could result in evictions or foreclosures.

Some bail reform advocates argue that these issues span much further than cash bail. The Pretrial Justice Institute says on its website that eliminating cash bail does not fully “address bias and unequal outcomes.”

Many critics of the industry say that it’s an industry that has been built on the backs of the poor, and it does dramatically more harm than good. Both crimes and arrests are down nationwide during the COVID-19 pandemic as people obey stay-at-home orders and police departments reduce operations.