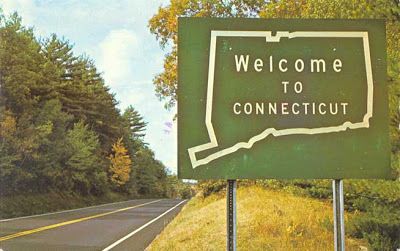 When you’ve been arrested in Connecticut, the court will set a bail amount. It is only once a bail amount is set that you can secure a release from jail. This will mean getting in touch with a Connecticut Bail Bonds Company like Atomic Bail Bonds to help with the processing.

Here are some of the conditions you must follow:

Varying Conditions Can Be Unfavorable

In most instances, the accused (arrested) will be released in the hope that they’ll follow the conditions set by the bail. One might be so desperate to get out of jail that they will agree to the conditions without second thoughts. Then they realize later that the conditions are unfavorable.

Going Out of State on Bail

Yes, it is possible to leave the state of Connecticut, as long as there is no monitoring condition on your bail. If there are restrictions set, you’ll have to ask for permission from the court to leave the state.

What Happens If You Don’t Show For Court

Failure to appear in court is a criminal offense. And what is worse, is that it will be a separate charge to what you’ve already been accused of and arrested for. It is crucial that you meet all bail requirements. There are some breaches of your bail that are not serious. These sorts of breaches usually mean you’ll no longer be eligible for bail the next time you’re arrested.

Working With a Bail Bonds Company

Being released on bail, using Atomic Bail Bonds, will help in preparing the defense for your case. Do not settle your bail amount out of pocket even if you have the means to do so. A hired bondsman will quickly secure your release and even provide recommendations for the best attorney to handle your case.

There will always be conditions attached to any bail amount set and paid for. To ensure that your case has smooth sailing, it is crucial that you’re not violating any of the conditions set. If you need to leave Connecticut, make sure to ask permission from the court. Atomic Bail Bonds will also need to be made aware of such arrangements.

If you are in need of a local bail bond company in Connecticut, that is going to answer their phone, represent you, get you out of jail, and walk you through the whole way in this stressful situation, then you want to contact Atomic Bail Bonds right now. There is no reason to wait any longer. You want to get out of jail. You need to get out of jail. There is a company that is on your side and ready to get you released ASAP.